Even though the strongest winds blow around Tioman from November/December to February/March, i.e. during the North-east monsoon, windsurfing in this season is not really recommended unless you're a pro. Conditions during these months are nothing short of challenging. Think: 3 meter swell and rollers, along with howling winds coming in at 20+ knots.

Windsurfing Tioman - Come and get it!

Keen to learn how to windsurf?

The aim of our Learn to Windsurf program is to give windsurfers-to-be a safe and fun introduction to windsurfing. By the end of the course, you should have the basics down comfortably, including the theory and basic manoeuvres, such as uphauling, getting to the balanced position, sheeting in, pointing up and bearing away, as well as basic tacking and even gybing. In short, you'll be able to windsurf in and out with relative ease. Albeit with some sore muscles the day after. But then, that's part and parcel of becoming fit eh :). 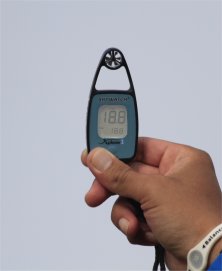 Another perfect day for a windsurf

Waterstarting off Genting, ready for lift-off!

Price: SGD500 (includes all the above)

Price excludes:
- Transportation to and from Tioman
- Meals

If you're already a windsurfing crack and you want to bring your gear to have a bash off Tioman during the regular season, then go for it! The windy spots during the SW monsoon (April to October) are the South end of the East Coast, near Coconut Grove and just opposite Genting, near the South of Tioman, because the winds here bounce off the island and create a bit of a Venturi effect. This corner is good because of the flat-ish water here too - ideal for slalom surfers.

But you'll find you can windsurf leisurely pretty much anywhere around Tioman during the SW monsoon, apart from the big Tekek bay, as this is sheltered from the winds by Gunung Kajang.

Note: Whatever the conditions, please take care and don't go out during offshore winds unless you have instructed and paid a local boatman to follow you around in case you need a tow-back to the island.

If you need information about ferry timetables and ticket booking, just go to tiomanferry.com.sg. Or call +65 900 79345.

By the way, windsurfing gear (board, mast, boom and sails) can be carried on the ferry's deck. There are no extra charges.